In the Summer of 1998 seven patients met with surgery staff to discuss the possibility of setting up a Patient Participation Group similar to those in existence throughout the UK. At that time, the main aim was to raise funds to purchase equipment, which the over stretched resources of the NHS were unable to provide.

To ensure that the work would be carried out in the most professional and business-like manner, the Group sought and obtained affiliation to the National Association for Patient Participation, the national umbrella organisation. An application for charitable status was made to the Charity Commission and was granted in March 1999.

The administration of the Charity is carried out by a management committee, consisting of a minimum of ten members, who meet approximately every six weeks to determine policy, monitor finances and to ensure that the views and concerns of patients are represented fairly. 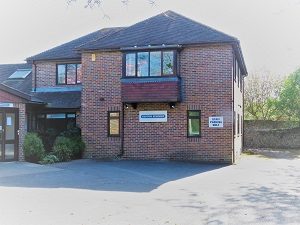 Emergency Contacts
For out of normal hours assistance please call 111 or visit the 111 website for more details.
In an emergency call 999

We use cookies to ensure that we give you the best experience on our website. If you continue to use this site we will assume that you are happy with it.Ok